The Tel Aviv International Student Film Festival was founded in 1986 as an initiative of students of the Steve Tisch School of Film and Television at Tel Aviv University. Since then, the festival has been held annually every June at the Tel Aviv Cinematheque and throughout the city and presents more than 150 short films from Israel and around the world.

The Tel Aviv International Student Film Festival is the largest of its kind in the world and is considered one of the three most important in its field. Its activity is made possible by dozens of student volunteers who curate the content and produce the various events and are driven by the desire to promote creative student work in the field as well as the short film format.

With the aim of promoting freshmen and alumni, the festival annually hosts guests of honor from the film industry in Israel and around the world and holds masterclasses,  workshops, meetings with industry professionals, “speed-dating” between producers and students, a development “lab” for short films by women and pitching events for fresh graduates to receive a short film production grant.

This year, following the Coronavirus crisis, the festival will celebrate its 22nd year in a special hybrid edition. Along with events and screenings in Tel Aviv, the festival launches TISFF on Air, a digital edition that will screen the competition films via streaming, to those who are not able to physically attend the festival.

The Tel Aviv International Student Film Festival invites you to participate and enjoy this festive week, to hear the voices of rising talents representing the future generation of filmmakers in Israel and around the world. 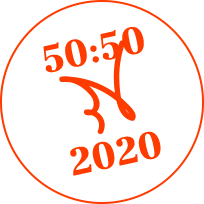 "The staris of our industry MUST be accessible to all. Let's climb" (Cate Blanchett and Agnès Varda at Cannes film festival, May 2018)

"The staris of our industry MUST be accessible to all. Let's climb" (Cate Blanchett and Agnès Varda at Cannes film festival, May 2018)

On January 1, 2019, the Tel Aviv International Student Film Festival joined the Cannes, Venice, Lucerne, IDFA, Toronto, Annecy and San Sebastian film festivals in their commitment to work toward gender equality in the film industry and enable a new generation of creators to establish and realize their vision.

The festival undertook the following goals:
*To gather data on the gender of staff members behind the films submitted to the festival.
*Present the list of program directors and film selectors of the festival.
*To ensure at least an equal number of women on the festival’s senior staff.
*To aim toward the screening of 50% of films made by men and 50% of films made by women (directed by, written by, or that the majority of the senior production staff are women) in TISFF’s 2020 festival edition.

Today, at the opening of the 2020 Tel Aviv International Student Film Edition, we are proud to say that we have been able to proceed toward the goals we have set . The festival’s senior staff, producers and managers of the artistic programs and competitions, is made up of at least 50% women this year. In the official competitions of the festival, we managed to reach a state where 50% of the films were directed by women this year (54 films directed by women and 52 by men). Also, 50% of the judges of the competitions are women.
The festival works to promote the formation of a new generation of female filmmakers. This year the festival, in collaboration with The New Foundation for Cinema and Television Foundation, initiated the Women Short Film Lab, a framework in which nine young female filmmakers will develop a short, independent film. We believe that more platforms are needed to promote women in cinema so that we can reach 50-50 in the field of full-length feature films.
During the festival there will be an online panel with key figures in the Israeli film industry regarding the advantages and disadvantages of the 50-50 initiative, who will also discuss the festival’s future goals.

Currently, the platform hosts more than 750 titles made by independent filmmakers and students, including award-winning films and top-festival selections from all over the world. Since the launch of the platform, 84,000 stakeholders and professionals have visited it from 123 countries and watched over 1,300 hours of films, while over 150 films have been screened at festivals or purchased for distribution through T-Port.

T-Port team attends various industry events at major festivals around the world throughout the year, as well as initiates and organizes special events, panels and discussions to promote the filmmakers represented via the platform. Recently, T-Port initiated online events and support plans for organizations affected by COVID-19. T-Port also operates and supports the festival’s online activities through TISFF on Air.

Over the past year, the platform has expanded its activities and, for the first time, has also enabled submissions by independent filmmakers and students from around the world through T-Port Lighthouse. Through this, leading professionals curate widely promoted films.

Since its launch in 2017, T-Port has established itself as a leading platform for industry professionals around the world. It has proved itself as a useful tool for festivals and many other film establishments scouting for films and talent. T-Port is the only online platform focused on the promotion and distribution of short films made by emerging talents.

T-Port was initiated by the International Student Film Festival and the Gesher Multicultural Film Fund with the support of Creative Europe MEDIA program and Israel’s Ministry of Culture. 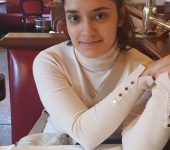