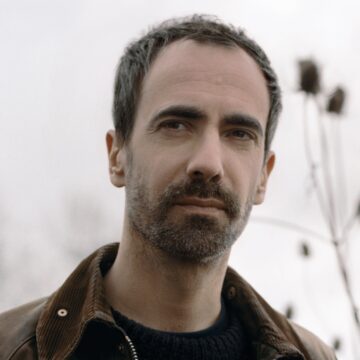 Jean-Baptiste de Laubier, better known as Para One, is a multifaceted artist who stands at the intersection of cinema and music. He began his career as a music producer, first in hip-hop and then in electronic music through his music company Marble, and soon moved on to creating his own solo albums, “Epiphanie”, “Passion” and “Club”.

Besides being a prominent composer, Para One has produced for a variety of artists, such as Birdy Nam Nam and more recently Meryem Aboulouafa’s debut album. His work was recognized in the film industry for writing original soundtracks for Céline Sciamma’s films, among others. Para One is also a director and producer of many short films. In 2021 he made his first feature-length film, “Spectre: Sanity, Madness & the Family”, with which he released the soundtrack of the film, “Machines of Loving Grace”. 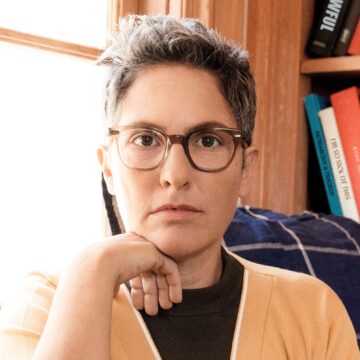 Joey Soloway is an artist, activist and filmmaker. They created the Emmy–and Golden Globe–winning series Transparent and cult feminist series I Love Dick, both from Amazon Studios. Joey founded Topple Books, a publishing imprint at Little A, and is currently releasing memoirs by Precious Brady Davis, Alexandra Billings, and Pidgeon Pagonis, among others. Joey is currently working on The South Commons Experiment, a limited series about growing up in a ‘racial utopia’. They are co-founder of 5050 by 2020, a strategic initiative of TimesUp and co-creator of The Disruptors Fellowship, bringing trans, undocumented and disabled artists of color into Hollywood. They launched the community organization East Side Jews and are on the board of Temple Nefesh, a trans-denominational Jewish space for activism and spirituality. They are amidst development on podcast, television and film projects that fulfill the Topple mission of elevating marginalized artists and their stories. They identify as trans and nonbinary and use they/them pronouns. 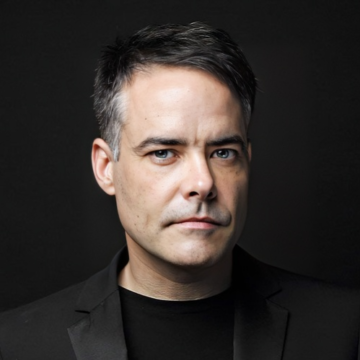 Oscar-winning director Sebastián Lelio is one of the most prominent Chilean filmmakers that have burst onto the world stage and achieved international acclaim. Lelio’s humanistic films are free-spirited and full of passion and intimacy, alongside loneliness and heartbreak. The trust he builds with actors leads to honest performances, with distinct nuances and full of life. The unexpected heroines of his later films are women who challenge social expectations. Their search for acceptance and love raises questions about society and about ourselves. His film “A Fantastic Woman” (2017), about a transgender waitress and singer who finds herself under intense scrutiny from the authorities and the family of her lover, won the Academy Award for Best Foreign Language Film and also the Best Screenplay Award, and the Teddy Award at the Berlinale.

Lelio was born in Argentina and moved to Chile with his mother when he was two years old. After a year of studying journalism he enrolled in the Chilean Film School. His first film “La Sagrada Familia” (2006) won more than 25 awards; “Navidad” (2009) premiered in 2009 at the Cannes Quinzaine des Réalisateurs, “The Year of the Tiger” (2011) at the international competition of Locarno Film Festival. “Gloria” (2013) premiered in the Competition of the Berlinale, where it received the Ecumenic Award and a Silver Bear for best actress. Following “A Fantastic Woman”, Lelio went on to direct English-speaking films, “Disobedience” (2017) starring Rachel Weisz and Rachel McAdams; and “Gloria Bell” (2019) starring Julianne Moore and John Turturro, a remake of “Gloria”. His new film, “The Wonder” starring Florence Pugh, is currently in post-production. 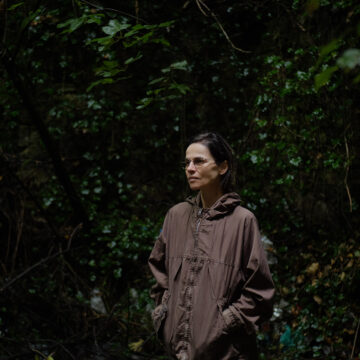 Winner of the Silver Bear for Best Director at the Berlinale in 2019, filmmaker Angela Schanelec is one of the founders of the contemporary German cinema that came to be known as the Berlin School, among whose members are Christian Petzold and Thomas Arslan. But Schanelec is also a unique and exceptional filmmaker who evades even this rigid identification. Schanelec usually portrays European family relationships with delicate intimacy, while also being critically aware of the surrounding social and economic conditions. Her daring films have a rhythm and tone that express the ineffable aspect of the human psyche. Her plots are shattered and cast aside, and instead she composes her elliptical films from those moments that occur between the dramatic events. Like her radically austere approach to cinema overall, the opaque acting performances in her films draw from theatrical alienation traditions and the Bressonian opposition to naturalism. This makes her films mysterious, enigmatic and challenging, and yet they are exciting and manage to reveal the tumultuous metaphysical connections beneath serene everyday experiences.

Schanelec studied drama and started out as a theater actress before studying at the Academy of Film and Television in Berlin. She developed her experimental and radical cinematic form in her final film, “I Stayed in Berlin All Summer”. Her feature film, “Places in Cities” (1998) screened in Cannes’ Un Certain Regard. Her subsequent films “Marseille” (2004), “Afternoon” (2007), and “Orly” (2011) were also acclaimed at international festivals and established her status as a revered filmmaker. Her film “I Was at Home, But…” (2019) won Silver Bear for Best Directing at the Berlinale. 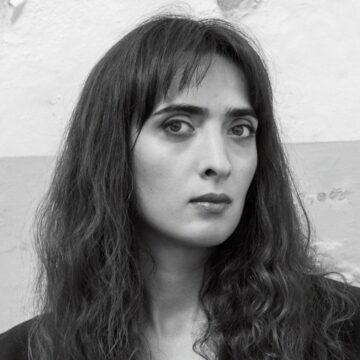 Nana Ekvtimishvili is a highly acclaimed Georgian filmmaker and writer. Her films have been described by critics as the new wave and even as a rebirth of Georgian cinema. Ekvtimishvili’s films, co-directed with her partner Simon Groß, raise universal issues within their specific cultural context, often the search for female identity in modern patriarchal Georgian society. Their camera clings to their protagonists and faithfully conveys their subjective experiences as they deal with surprising and compelling emotional vortices. The social conflicts and cultural tensions may remain out of the frame or in the background, But they surround the events and give the characters and viewers constant unrest. At the same time, Ekvtimishvili’s inventive voice infuses the films with lightness, comedy and great irony.

Ekvtimishvili studied screenwriting and dramaturgy at the Academy of Film and Television (HFF) in Potsdam-Babelsberg, Germany. Her first film “In Bloom” (2013), premiered at the Berlin International Film Festival Festival and won the CICAE award (International Confederation of Art Cinema), before winning numerous awards at other international film festivals, including in Hong Kong, Tokyo, Paris, Los Angeles and Sarajevo, and becoming Georgia’s entry for the Academy Award for Best Foreign Language Film. Her sophomore film, “My Happy Family” (2017) premiered at the Sundance Film Festival and the Berlin International Film Festival and was sold to Netflix. Her first novel, “The Pear Field”, was published in 2015 and translated into 16 languages. In 2021, the English translation landed on the longlist of the prestigious International Booker Prize. 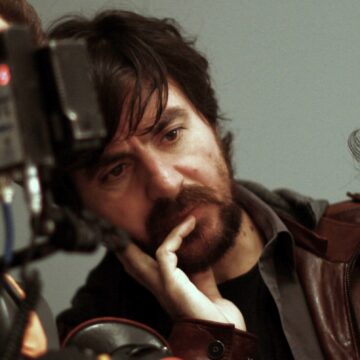 Gökhan Tiryaki is an acclaimed Turkish director of photography, best known for his ongoing collaboration with director Nuri Bilge Ceylan. Tiryaki’s spectacular and meticulously-composed cinematography immerses the viewers in fascinating visual worlds, and conveys the stories of the films, at any scale of production. Tiryaki is a master at creating a poetic and spectacular atmosphere that expresses the feelings of the characters in unforgettable images that penetrate deeply into one’s soul.

Tiryaki began his career as a cameraman working on TV films and documentaries for the national TV station between 1991-1996, before moving on to lens motion picture. He has won numerous awards and accolades for his work with director Ceylan, which includes “Climates” (2006), “Three Monkeys” (2008), “Once Upon A Time in Anatolia” (2011) which won the Grand Prix at the Cannes Film Festival, “Winter Sleep” (2014) which won the Palm d’Or at the Cannes Film Festival, and “The Wild Pear Tree” (2018). In addition, Tiryaki has shot other acclaimed films including “Ivy” (2015), “Something Useful” (2017), and “Once Upon a Time in Calcutta” (2021) which premiered at the Venice Film Festival. 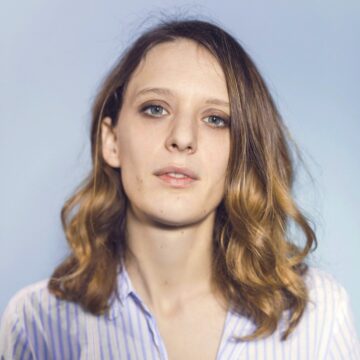 As one of the most prominent voices of contemporary French cinema, Mia Hansen-Løve strives for truth and authenticity in her intricately humanistic films. Her very personal films, though not necessarily autobiographical, reflect the rhythm of life and study the turmoils of the human experience in an intimate, delicate, and naturalistic way. Her films mostly deal with the emotional and philosophical questions involved in romantic and family relationships and do so with great clarity and sobriety while completely avoiding pathos. Instead, Hansen-Løve often focuses on the elusive little moments that make up meaningful experiences in life. Thus she manages to express what is not said and cannot be said in words.

The daughter of two philosophy lecturers, Hansen-Løve acted in two Olivier Assayas films as a teenager, then studied acting and became a film critic at the prestigious journal “Les Cahiers du Cinéma” before becoming a filmmaker. Among her notable films are “Things to Come” (2016) which won the Silver Bear for Best Director at the Berlinale, and “Bergman Island” which premiered in Competition at Cannes Film Festival 2021. Her first film “All Is Forgiven” (2007) was nominated for the César Award for a debut film. “Father of My Children” (2009) won the Un Certain Regard Special Jury Prize at the Cannes Film Festival, “Goodbye First Love” (2011) received a Special Mention from the Jury of the Locarno Film Festival, “Eden” (2014) and “Maya” (2018) premiered in Toronto Film Festival. Her latest film, “One Fine Morning,” premiered last month in Cannes’ Quinzaine des Réalisateurs 2022. 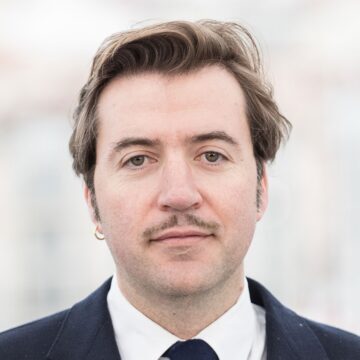 Catalan master Albert Serra has positioned himself as one of the most radical and daring filmmakers working today. His brilliant subversive films take place in beautiful and distant – sometimes pristine – landscapes; they break conventions and challenge viewers with provocative minimalism, images dipped in shadows, and depictions of worlds with disintegrated moral values. Serra’s films rely on the solid foundations of Western culture, literature and art, loosely adapting them to create something completely new. They reduce historical events to eccentric anecdotes and throw the characters into a vortex of mundane and grotesque corporeality. In this way, Serra creates philosophical parables that merge the mythical with the everyday.

After studying philosophy and literature, Serra wrote plays and created a variety of video works. He gained international recognition with his first films “Honor of the Knights” (2006) and “Birdsong” (2008) screened at the Cannes’ Quinzaine des Réalisateurs. “Story of My Death” (2013) won the Golden Leopard at the Locarno Film Festival, “The Death of Louis XIV” (2016) starring the eternal child of French cinema Jean-Pierre Léaud screened in Cannes, Toronto and New York film festivals, and “Liberté” (2019) won the Un Certain Regard Special Jury Prize at the Cannes Film Festival. His latest film “Pacifiction” premiered last month in Competition at Cannes Film Festival 2022.